In the density of Hong Kong, public space is a necessity for comfort and healthy living. 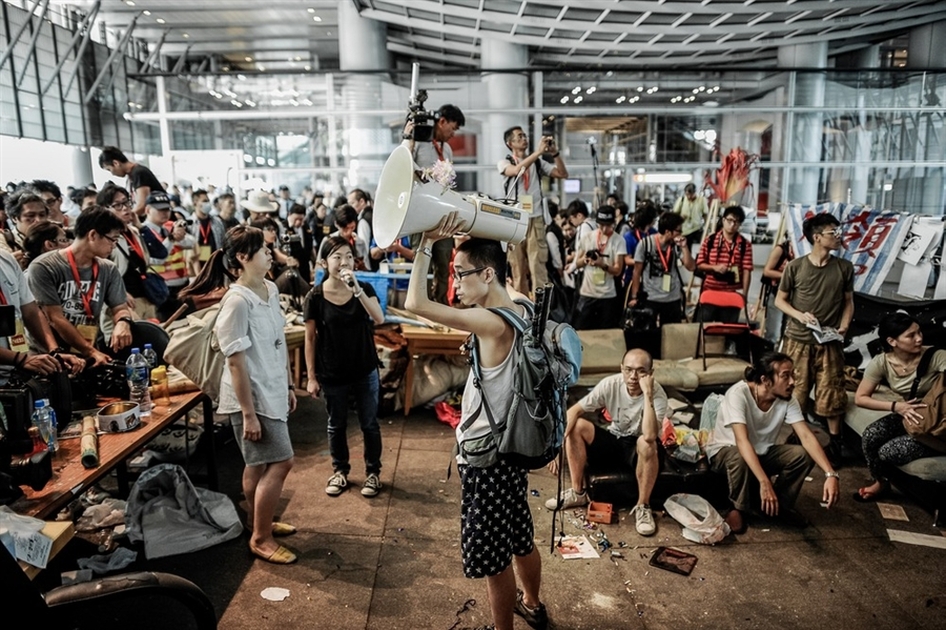 In 2012, Occupy Hong Kong protests took over the plaza under the HSBC headquarters, a public space, and refused to leave in response to income equality and unemployment amongst Hong Kong’s youth. However, these Occupy protests came to an abrupt stop after 306 days as HSBC sued the protesters for illegally occupying the company’s property and won the case. Why would protesters be kicked off of a public space area when this area is defined as an area where all people, regardless of their background, can access and use without fees? [1] Unfortunately, public space in Hong Kong, like the HSBC basement plaza, has been restricted throughout its history, as limited land and the increase in agreements between private developers and Hong Kong government have discouraged emphasis on public space in Hong Kong urban planning.

Treaty of Nanking [F3]
Unfortunately, these interactions in public spaces have been further limited due to the increase of contracts between private companies and the Hong Kong government. As early as the 1980’s, the government has sold land “around” public space to private parties in exchange for property taxes and other fees. [4] This has essentially privatized these public spaces and reduced their significance as a place to freely express one’s self, as they are now often located in privately owned financial instructions such as banks and even malls. The HSBC basement plaza where the Occupy protests were held in 2012 is one prominent example. HSBC’s headquarters was built in 1983 under the agreement that the plaza under the headquarters would still be public space that the bank would own and pay property tax for. [5] This specific example highlights the problems with privatized public space. Due to the urban planning of how public spaces are becoming apart of privately owned companies, people like protesters are censored and already prone to having their protest being controlled as the property is no longer freely open as it is owned by another company. This specific urban planning in Hong Kong ultimately restricts the ability for Hong Kong citizens to create social change publicly as limited land and restricted public space significantly dampen attempts at making waves for years to come.

HSBC Occupy Protests were not the only protests affected by private public space. Followed by the Cheung Centre Tower protest, dock workers union occupied the urban plaza outside the tower to protest their discontent against the new partnership of the Hong Kong International Terminals. Surprisingly, the court ruled that the urban plaza was a public space and the private owner did not have right to control the corresponding activities. With two contradicting court cases, spontaneous discussion had been triggered through the public. Opinions suggested that several private entrepreneurs in Hong Kong might be overly powered and the government was incapable to control or provide assistance for Kongers.

Very quickly, the government took back the role of constructing public space by launching the West Kowloon Cultural District Project (WKCD) and the Energising Kowloon East Campaign (EKEC). Since then, Hong Kong Planning Department has come to the realization that concrete- made plazas constructed by private entrepreneurs are insufficient to satisfy Kongers’ wants for real public space. Especially, with an aging demographics and increasing awareness of health [6], public space is further defined as an easily accessible place with the penetration of sunlight and air movement, the embodiment of recreational facilities, and the planting areas for visual relief [7].

Returning back to WKCD and EKEC, WKCD is an art and cultural project that develops a creative park for people to interact [8]. M+ is a new contemporary visual culture museum built in the project. The project places much emphasize on M+ in order to to promote art, design, architecture and moving image, primarily from Hong Kong, as well as China and Asia [9]. As for EKEC, it is a campaign that revitalizes the underutilized industrial districts into creative studios and public spaces [8]. Kai Tak Development is one the most appealing and current project under the campaign. Kai Tak was previously an international airport located in Kowloon City, one of the core industrial districts, and has been retired since 1998 with the launch of new airport in Chek Lap Kok. Thus, the site provides a huge redevelopment opportunity. Apart from the promised high degree of sustainability and supply of affordable housing, Kai Tai Development proposes a cruise terminal that targets to enhance the regions as a tourism and cultural hub[10]. In the point of fact, the public sector demonstrated much of its effort of developing modern publicly owned public space.

Meanwhile, the closer partnership with China driven from “one country, two systems” and the physical rapid rise of China might have threatened the competitiveness of Hong Kong as an international financial center, the public sector indeed took a good advantage of the opportunity when developing public space to invest the creative and cultural industries in Hong Kong. However, the creative and cultural industries largely criticized the projects generated a sense of public embarrassment since the neighboring city, Shenzhen, had invested their cultural hub since last decade [8]. Besides, the field claimed that they experienced policy or security interruption of their creative activities in the public spaces, thus, they did not put in much faith or hope in this alternative form of economy [8]. 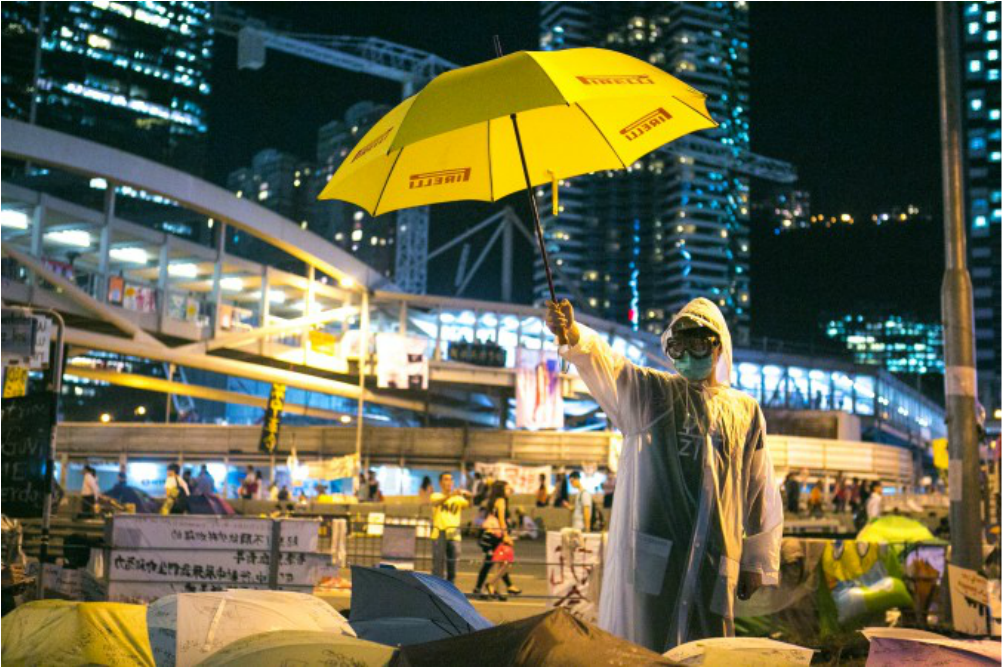 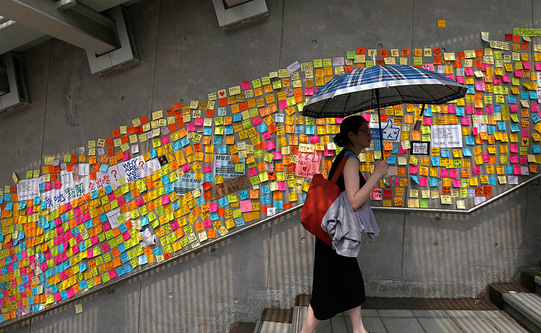 Democracy Wall. Source: Telegraph Media Limited Group [F8]
Yet, the Umbrella Revolution in 2014 had led to a closure of indefinite duration on this piece of publicly owned public space. Indeed, the Umbrella Revolution was world- widely reported as the most peaceful protest ever seen by media. The revolution was first began by a group of students in the permanent democracy protest area of new Central Government Complex. They claimed that Beijing regened the agreement to grant open elections by 2017, according to the policy of “one country, two systems” and Hong Kong Basic Law.

Currently, Hong Kong’s chief executive is elected by a “nominating committee” of 1,200 people, mostly are pro- Beijing elites. Such election obviously did not satisfy Kongers’ hearts for true democracy and thus led to the revolution [13]. Abuse of power by the Hong Kong Police Force over the teenage students, including the inappropriate use of pepper spray and plastic bullets, was largely reported by local and international media. As a result, the Umbrella Revolution got further evoked by adults, especially parents and education professionals, to different core areas of Hong Kong, including Causeway Bay and Mongkok, given the fact of absent of public demonstrating spaces.

The revolution lasted for approximately 3 months and finally ended in December 2014 by the police. The government hence closed the permanent democracy protest area for an indefinite duration. Consequently, a number of media, lawyers and Justices voiced out that the government should not have the authority to close down a public space for such a possible political reason. Hence, the close down of the permanent democracy protest area gave rise to the continuous discussion on tightening Hong Kong’s high degree of autonomy by China.

Hong Kong’s emphasis on tourism has further discouraged an emphasis on public space. According to the Wall Street Journal, in 2012, Hong Kong was the top destination in the entire world as around 23,770,200 tourists travelled to Hong Kong. [15] Due to the large market oftravelers, the government has placed an emphasis on tourism as it generates billions of dollars for Hong Kong, further affecting the urban planning of the modern city. Two of the largest and most successful theme parks in Hong Kong are Ocean Park and Disneyland, which cover 42 acres and 68 acres respectively, cutting into land available for public space. Additionally, the building of shopping malls significantly increased during the 1980’s to increase revenue brought in by both domestics and tourists, causing even more public space to be privatized, similar to the HSBC headquarters. Those Hong Kong residents who want to travel by railroad transportation are often forced to go through shopping malls as many of these stations are located inside of these malls rather than regular streets, which are public spaces. [16] This type of set up forces individuals who want to use public transportation to go into privately owned spaces which subtly emphasizes consumerism, as these individuals become exposed to what the shopping malls have to offer. It is evident that public spaces are not a high priority for the Hong Kong government, as the government prioritizes financial potential, specifically private development property taxes and tourism, in order to generate revenue for Hong Kong. 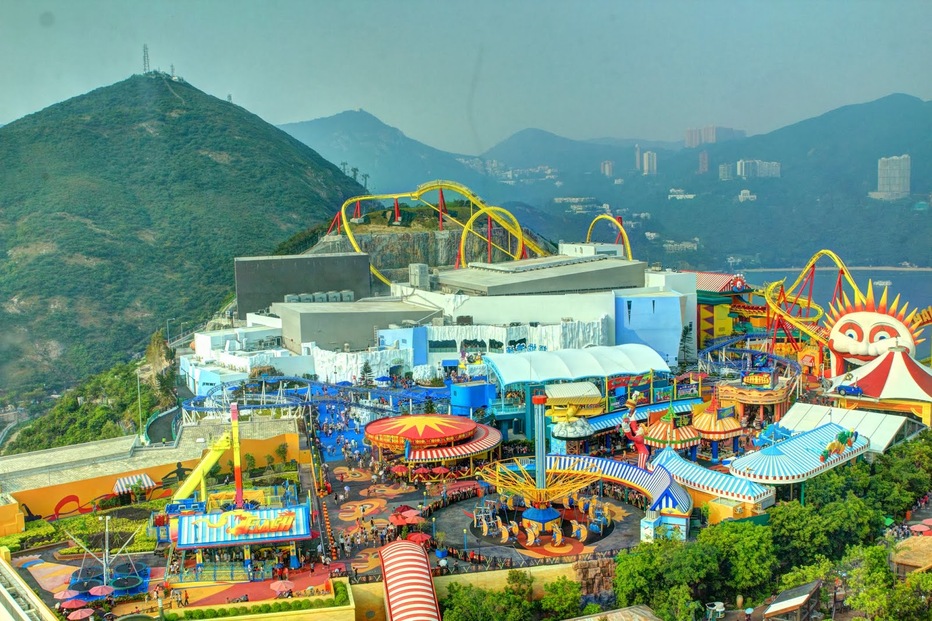