People move into Hong Kong’s squatter areas because they cannot afford otherwise, and this creates a continuous demand for illegal living. The types of people who live in squatter homes in the twenty first century are different from those in the 1980s. In the 1980s, middle class households were commonly found to be living in squatter settlements, yet in the present day, they are rarely found there. Past ambiguity of squatter homes and their lack of registration of occupants allowed many people to apply for public housing. Regulations have since caught up and ended more of the practice.

At the end of the Japanese Occupation 1945, a majority of the population had moved back to the mainland in dire states of poverty, leaving the population count at 600,000 in 1945 from two million in 1941. When British control resumed, refugees quickly returned to Hong Kong from the bursting mainland and Hong Kong’s population returned to over one million in 1946 and two million in 1951. In correlation, the number of squatters in Hong Kong – which had been relative low during the war – rocketed to 300,000 in 1949. The private sector was unable to provide enough affordable housing for the refugees so they turned to illegal housing, which led to dangers of fires in squatter areas and public health, as well as blocks to land development and pressure on high rents. The private sector needed the government to step in. [1]

In 1953, homes in Shek Kip Mei set ablaze due to a fire, burning down the majority of the squatters, leaving over 50,000 people homeless. [1] As a result, the government of Hong Kong, having to quickly figure out how to house all these homeless people, implemented public housing in efforts to provide these people inexpensive housing. House planning quickly changed forever, as the first form of public housing was created a year later, named the Shek Kip Mei Estate. [1] It was because of the very fire in Shek Kip Mei that would influence the importance and popularity of public housing forever.

The government has placed an emphasis on public housing in Hong Kong in efforts to provide affordable housing for all of its residents as well as help further resolve issues involving Hong Kong’s staggering population and population density. In fact, public housing now plays such a significant role in Hong Kong’s housing market that is responsible for housing 48.8 percent of the Hong Kong population as of 2006. [2] Public housing would not be constructed of materials that were prevalent in the squatters such metal, plastic, plywood, or any other materials that are vulnerable in a fire, as influenced by the Shek Kip Mei fires. This type of housing also provided an opportunity for many low-income individuals to have access to services essential to living properly such as water supply, electricity, etc. Unlike the squatter areas, which had houses dispersed throughout an area of land, Shek Kip Mei Estate was 28 blocks comprised of tall buildings, conserving space and thus fitting more people. [3] Another popular public housing estate is the Kin Ming Estate, which was completed in 2003 and is comprised of 10 blocks. [3] This trend influenced urban planning to a great extent as the Hong Kong Housing Authority was established in 1973 to be in charge of public housing and reduce squatter areas in order to use land for housing in the most effective way possible. [4] As a result, many estates were developed and under supervision from HKHA with the primary intention of providing accessible housing and directly providing revenue to the government. 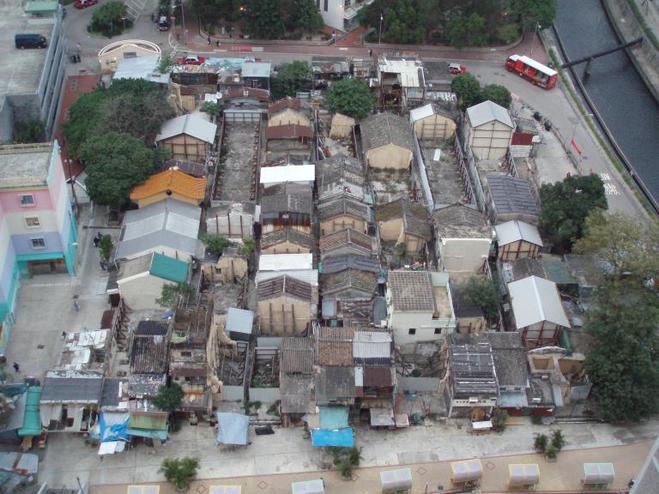 Aerial view of NgaTsin Wai Village (Fig. 6)
Fatal consequences of building neglect caused by the Severe Acute Respiratory Syndrom (SARS) outbreak in 2003 forced Hong Kong to rapidly experiment with a variety of subsidy schemes for rehabilitating private housing for urban renewal. Funds are allocated to developers for restoring areas that meet a certain criteria for age, presence of homeowners association, and rateable value. Concerning housing rehabilitation, the government must first evaluate the need, establish a subsidy plan, develop a screening criteria, then implement these through policy.

Rehabilitation is preferable over more costly redevelopment due to cost savings and positive impact on surroundings. In a study by Yau in 2008, rehabilitation in HK was found to increase property value of nearby housing by 6.6%.

To oversee and promote urban rehabilitation, the government set up the Urban Renewal Authority (URA) in May 2001. The URA received consistent funding with a HK $10 billion budget over the next five years. Under the 2011 Urban Renewal Strategy, its official task was to adopt redevelopment and rehabilitation.

In 2005 another program, the Building Management and Maintenance Scheme (BMMS) was introduced to compliment the BRMIS and BRLS. It covered areas outside of the jurisdiction of the previous entries as well as covered the costs of repair labor.

More schemes, each with unique subsidy types and maximum amounts were created so in 2011 the Integrated Building Assistance Scheme (IBMAS) was created to unify them all. The schemes do not have a requirement for waste management resources, accessible transportation, or amenities so there is some concern that certain awards are not justified in rehabilitating the neediest regions. [5]

Some housing objectives listed in 2013 are to assist grassroots families to secure public housing, provide different levels of affordability assistance, subsidize home ownership flats on top of public rental housing, and the maintain the development of the private property market. Framing the overall housing plan is the idea of a ‘housing ladder’ which provides low income earners a pathway from the bottom (public rental housing, PRH) to the top (private housing). The position plans to do this by controlling the supply, improving housing quality, and providing support. [6]

One specific example of rehabilitation is the Nga Tsin Wai Village project. The village is a traditional walled site inside of Kowloon suffering from poor living conditions and urban decay. The URA outlined a redevelopment plan in 2007 estimated to be completed in 2018. Recognizing the cultural heritage of the village but also recognizing that certain parts can't be preserved, the URA conducted conservation studies with community involvement. The plan is to create a conservation park to preserve landmarks while clearing out dilapidated buildings. [7] 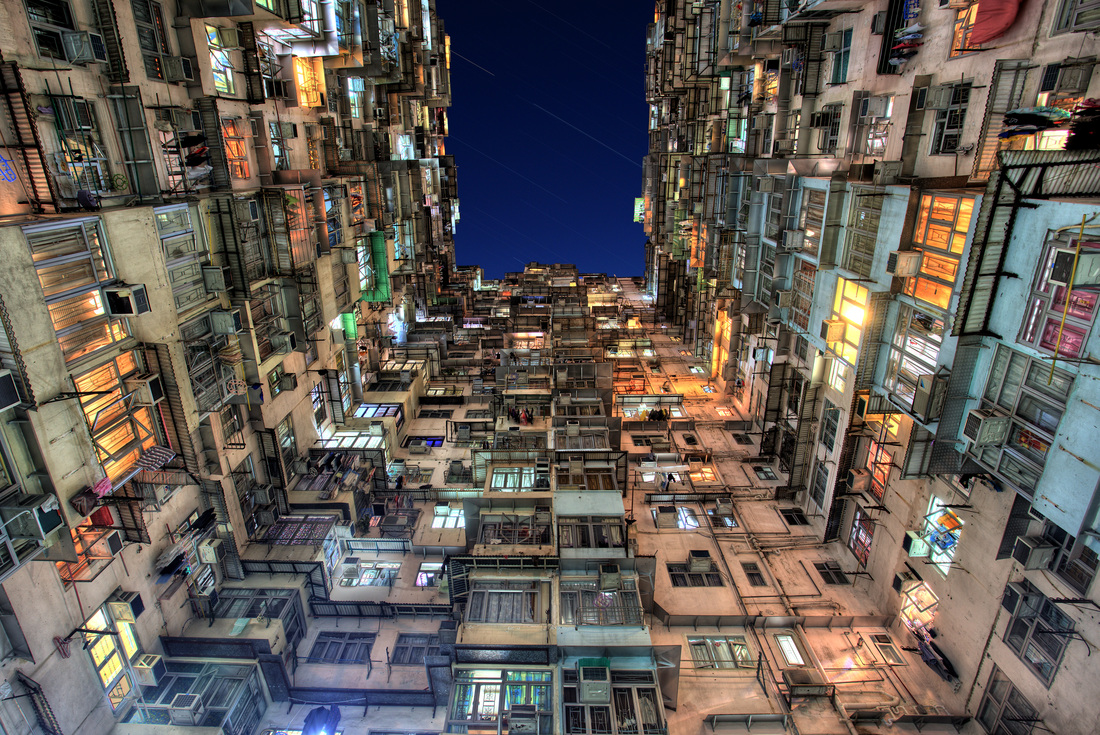