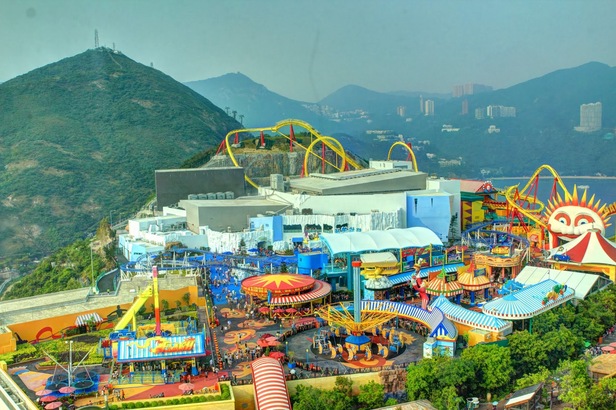 Ocean Park (Fig.1)
Tourism in Hong Kong changed forever when in 2003, the Individual Visit Scheme was implemented, which finally allowed visitors from Mainland China to visit individually instead of only approved trips like business trips. [1] This was an effort to not only boost the Hong Kong economy, but also make Hong Kong more popular as a tourist destination. Tourism in Hong Kong has become one of its top income sources, which in turn has affected the urban planning of the city through the creation of new hotels and theme parks. Additionally, tourism has created thousands of jobs, reinforcing that Hong Kong will be continued to be centered around tourism as it generates money and publicly, which will ultimately continue to affect further planning of the city.

Additionally, the creation of the Hong Kong Tourism Board in 2003 prioritized tourism as a legitimate means of income, as it became responsible for overseeing the social and economic impact of tourism on Hong Kong. The Individual Visit Scheme led to positive results as two million individuals travelled to Hong Kong under the IVS in 2004, making tourism a very realistic option as a legitimate means of income for the Hong Kong government and people. [1] However, IVS allowing easier access to Hong Kong can negatively affect Hong Kong population, as Mainlanders can settle in Hong Kong. This effect is particularly seen as the number of births of Mainlanders in Hong Kong increased from 2070 in 2003 to 16044 in 2006. [2] Not only does this hurt the population density, but this further limits housing access to Hong Kong residents, indirectly causing the need for more housing. Interestingly enough, according to the Annual Reports of Immigration Department, Mainland China visitors increased by 43.8 percent from 2005-2010, and have contributed over 83 billion dollars to Hong Kong, accounting for 70 percent of visitor spending. [3] This implies that Mainland China travellers are the main market of Hong Kong tourism, which has directly influenced Hong Kong planning. Due to the increase in visitors to Hong Kong, hotels present in Hong Kong increased from 94 to 184 during 2003-2011, a 95.7 percent increase. [3] While increased revenue and popularity of Hong Kong may be positive effects of building new hotels, this specific endeavor cut directly into other important areas such as public space and even housing. With limited land to work with, Hong Kong prioritizing tourism development ultimately reduced public space and increased population density.

Theme parks in Hong Kong have also come into play in terms of its urban planning as these institutions have contributed greatly to the Hong Kong economy. Two of the largest and most successful theme parks in Hong Kong are Ocean Park and Disneyland, which cover 42 acres and 68 acres respectively. Ocean Park is located in Wong Chuk Hang, in the Hong Kong Southern District and was first opened by Governor Murry MacLehose in 1977. The theme park is split up into two main areas, the Waterfront and the Summit, which are easily accessible by a railway system. Additionally, the number of visitors of Ocean Park almost doubled from 2003 to 2011 as it increased from 3.1 million to 5.9 million. [4] The increasing amount of visitors, which are mainly tourists, to theme parks implies that either the theme parks will have to expand or more theme parks will have to be created in order to prevent overpopulation. The potential of expansion of these theme parks will have to be juxtaposed with other priorities such as maintaining land to build housing, as population is growing at an alarming rate. The government of Hong Kong will have interesting decisions to make in the upcoming years and will have to adjust accordingly to what it seems is best for the country. In 2012, Hong Kong was the top destination in the entire world as around 23,770,200 tourists travelled to Hong Kong. [4] This implies that tourism is essential, yet it is important that Hong Kong is able to balance and prioritize its economic endeavors and its interests of its residents successfully. 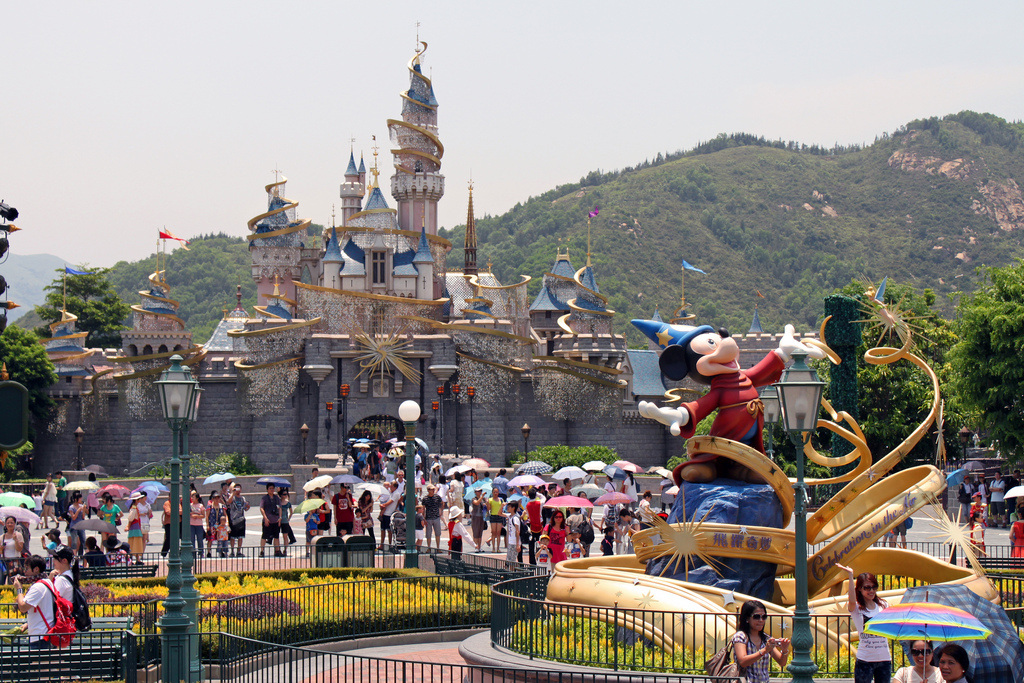